Why do financially naïve children become financially ignorant adults? As an adult, and especially as a parent, I ask myself where my financial incompetence stems from and the answer is my bubble-wrapped childhood – as a certain Dr. Jung would have it.

Why do financially naïve children become financially ignorant adults? As an adult, and especially as a parent, I ask myself where my financial incompetence stems from and the answer is my bubble-wrapped childhood – as a certain Dr. Jung would have it. I always thought I suffered alone with this crippling negligence, but it is very common in society. Why is money taboo?Now, the trick with every revelation is to not play the blame game. We can all attribute our failures to our parents or to society or to… our parents. However, with all the bad, be it from one’s parents or social environment and circumstance, came the good as well. So, without going into detail with either, let us appreciate what we do have, but not only that, let us appreciate what we do know. Whether you’d like to admit it or not. We know that there is a better way to go about installing financial confidence in ourselves and our children. However, we may not know what that better way is. Will we ever know the best possible way? Unlikely, because what will work for one family won’t work for another and what will work for one community won’t necessarily work for another. And so, as it is with life, we make do with what we’ve got – at the very least. And what we’ve got are dozens of dedicated and skilled individuals in a myriad of academic fields such as psychology, economic sciences and education, to list but three. They are researching, testing and demonstrating ways in which to educate children of today effectively… and affordably.

In this blog, or blog series, I will go through the stages one-by-one, perhaps even daringly two-by-two, to give some aid to what is a whopper of a task. The ages are loosely, and by no means officially, broken into the following stages, 2-3; 4-5; 6-8; 9-12; 13-15; and 16+. I have done the blindingly tedious work of scanning through multiple articles and blogs composed by others with invested interest in the subject and I have come up with an age-by-age list of what a parent, or any adult, can do to teach children of all ages about money, finances and their ongoing relationship with them. The key point is to actively engage with the children on the subject and not avoid it – at all. 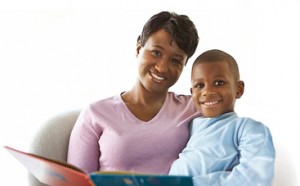 All Ages: What to Communicate and How

There are points that are exclusive to – or recommended for – each stage in childhood, even though there may be the freakishly intelligent ten-year-olds attending astrophysics classes at universities who aren’t bound by general stages of childhood development, there are a few points that are transcendent though, and I shall touch on those first. For starters, it is never too late to begin teaching your child about finances, whether they’re five, thirteen or thirty-five. And the best way to go about it is getting them involved – and I’m not suggesting you throw them into the deep end, because that would have happened anyway, had you not broached the topic with them before casting them into the big, bad and economically unstable world. Bring your children with you to the bank, to the store, or to ATM machines. And I don’t mean once. Financial knowledge decays, so keep it up. Challenge your fledglings to give opinions, ask them questions about what they have learned or are learning, or encourage them to ask the questions about what you’re doing. What is important to remember, is to be communicative and that they are deceptively quick at grasping the concept and symbolism of money. Children, at every age, require constant and reliable communication so as to understand the world they’re sharing with you. More knowledge equals less fear, not the other way round as some would like to believe. Trust your children as they would trust you and help them to grow up with the confidence and comfort necessary to be financially savvy adults.

Lastly, value math more than you do economic management science. Children with higher math literacy fair better financially as adults than those with economic literacy. Now, I don’t mean substitute one with the other. Not all mathematicians are rich. Like I said, financial knowledge decays, so it is imperative that one keeps it up, but it would be little reward if mathematics is at all neglected. In order to value money, one must value math above all other things. Try merging the two by creating mathematical problems to solve with money as the theme. The child’s age should determine the level of difficulty and not deter a parent or adult from challenging him or her altogether.

Ages 2-3: What to Communicate and How

Right, off we go. We have children at the ages of two to three eager and capable of embracing the world of money even though they may have little understanding of it. This would be demonstrable by the frequent and persistent requests for us, as money-printing parents, to buy them certain desirable, but completely impractical, items at virtually every store entered. And then this is only reinforced by regular cake sales at schools, that may or may not involve the children in the activity of making and selling the irresistibly decadent and undeniably treacherous goodies, but none-the-less entice their vulnerable sweet teeth – and yours. A (not-so) quick financial tip to parents who are wittingly or unwittingly roped into these scenarios, bring coins and bank cards and not notes to cake sales. The children will invariably and inexplicably suck you dry, so let them have at thee coinage and contextually useless plastic rectangles. If they ask where the magic paper money is, say it’s being saved for the rest of the day’s meals and distinctly more nutritious food and whether the explanation flies over their head or not, it is an attempt at being some-what honest and transparent on the topic.

Games! Children love games. In fact, it is hard to imagine what is not a game for children between the ages of two and three. Games are a great way to communicate with children and so using this method to expose them to the reality of money further is the best way – rather, the only way – to install a practical understanding of trade and commerce. Role-playing and activities in which they pretend to be something or other work wonders and it is applicable to matters of finance. You may have found that the little humans have beaten you to it, but if they haven’t, get right in there and give it a go. Playing pretend bakery, pretend restaurant, etc. are fun and educational games for children to play, with or without parental involvement. Try playing with them from time-to-time to introduce new features and ideas and then let them figure it out among themselves. Re-enactments such as these teach children about more than just money, so encourage it always. A quick tip for parents, use that frayed and neglected monopoly set you have stashed away – with the hopes of one day playing it again, but the dread of planning to put aside the time necessary to play it – and use the colourful bank notes to materialize the imaginary monetary system used in the role-playing games.

Along with games, artistic activities take up the rest of the child’s mental capacity. If they aren’t playing, they’re trying to create something – even if they go so far as to destroy something else, I like to think they had an idea and that idea then got tired and took a nap and so they went on to the next activity. While developing hand-eye coordination, colouring in or tracing coins is a great activity to establish familiarity with forms of money. To develop their cognitive abilities and memorizing skills, having them learn and identify the different coins – and notes – is a good way to keep their young minds growing while familiarizing them with a vitally important aspect of yours and their lives. And, it is interactive – which is a good thing. And, if you’re going to start teaching your children to count, why not use the subtle theme of trade and commerce? Plus, it only serves as another bonding exercise with your precious little leeches.

Do you enjoy story-time with the little squeaks and need a book that doesn’t make you yawn? May I recommend Dr. Seuss’ Ten Apples Up On Top! It was, and still is, a pleasure to read and it’s great for making numbers sound fun. Or, do you find yourself sitting in the car with your angelic children for unreasonably extended periods of time and have an inhuman tolerance for the high-pitched voices of Muppet characters? Then, I am going to suggest Elmo’s Sesame Street podcasts (available on the Sesame Street website or iTunes). You may come to hate me for it, but I think your children would appreciate it – more than DJ Fresh’s gleeful chortle – and the furry, blue puppet makes some good points on spending, sharing and saving. 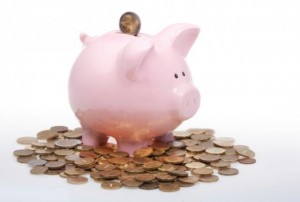 With children between the ages of two and three, don’t have high expectations, if any, when it comes to appreciating money and finances. Going in with the wrong attitude or motives could be detrimental. So, take the opportunity to make money fun, if not for them then for you. We all know the stress and heartache finances can cause us and children of all ages can pick up on that. Putting it to them bluntly isn’t going to help very much at such a young age, however, you need not avoid the topic, as I’ve mentioned before. Making money a fun activity or game could prove to be the perfect therapy for a stressed mind and the remedy to many of your anxieties and reservations. One need not drill the concept into the minds of the youth, but why not seize upon the opportunity to role play or colour in with your children precisely when you are most stressed about your financial situation – provided there isn’t anything you can do about it in that moment, of course. The last thing we want to create is a form of escapism with disillusioned parents tracing coins all day with their children while bills go unpaid.

In summary, start opening up about money with your two or three year old. Introduce the concept to them with fun and games and allow them to use their imaginations, because that’s what they do best, so work with that. Show no fear and they’ll learn not to become as anxious about finances as you may be. Invest yourself in your children’s financial future and resist simply ignoring the subject while mindlessly gushing out allowances and monthly or annual deposits of money in their savings accounts. Go on, Bond with master James; Count with baby Dracula; and Cash in on time with little Johnny.

CLICK HERE TO ENTER OUR COMPETITION AND WIN GREAT PRIZES! INCLUDING A R10 000 HOLIDAY IN SOUTH AFRICA